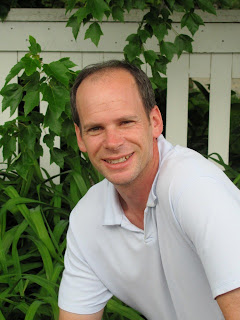 Allan Woodrow grew up outside of East Lansing, Michigan and was cursed with a boring, happy and loving family, giving him nothing interesting to write about. He resented it for years. Despite this hurdle, he tried to piece together his Great American Novel but failed miserably. Meanwhile, Allan went into advertising, a career where writing and knowing nothing go together surprisingly well. He spent years crafting TV commercials and print ads, winning awards and occasionally hobnobbing with B-list celebrities—yet never lost the author itch. Allan became fascinated with what his elementary school-aged daughters were reading, and decided he knew just enough to write children’s books. The Rotten Adventures of Zachary Ruthless

Allan juggles his day job, writing, talking to school groups and libraries, and struggling to find time to sleep, eat and brush his teeth. He is currently writing his next 12 novels, which are in various states of assembly.

I managed to narrow it down to 1,386 books but my fingers cramped when I was typing so I’ll just list a somewhat smaller, random assortment: classics like The Count of Monte Christo (I’ve read if four times, although one of those times was the abridged version so that might not count) and Great Expectations (Sorry -- I’m sounding a bit pretentious now with my Dumas and Dickens) — but it’s kid lit that inspired me to write: Holes, the Harry Potter series, The Giver, Lord of the Rings, funny stuff like Captain Underpants and Diary of a Wimpy Kid … wait, my fingers are cramping again. Curse you, left hand!

I work full time in downtown Chicago as a writer, so I’m writing 60-70 hours a week when you add everything together including my regular job, grocery lists, birthday cards, My 7 questions blog entry, etc

I have a one-hour train ride each way downtown. That’s my book writing time. Weekends can be a more unpredictable, but I try to never skip a day. Ever. Even if it’s a half hour on a Sunday in the Bahamas (I’ve never actually been to the Bahamas, but if I did I’d still write for that half hour). I average somewhere around 10-15 hours/week of book writing. My dream is one day, to have time to write more.

Reading time … probably 15-20 hours a week if you throw in newspapers, magazines and Bahamas Travel Guides.

I set a goal to be a writer when I was in 3rd grade, but just never got around to doing anything about it. So instead of going down the path I sat on the bench admiring the gate and wondering if I was wearing the right shoes. When my kids entered elementary school I became interested in the stuff they were reading and it inspired me to get up off the bench once and for all. Once I started walking it turned out I was wearing hiking boots the entire time. Who knew?

As I wrote, I declared I was going to be an author way back in third grade, so that was all born-to-be writer stuff. You can certainly be taught to be a good writer. But I think being “a writer” — something inside you making you write instead of paying attention to your kids or taking the burning roast out of the oven — is innate.

I love revising, and I love plotting. I hate writing the first draft. It’s way too slow and hard and my first drafts are always terrible and I convince myself about a million times I’m a talentless slug, so who do I think I am trying to write something? Actually, that might be an insult to slugs, which tend to get a bum wrap just because they’re slimy and a wee bit disgusting.

Write. Write. Write. Commit yourself to writing every day. For years I thought of writing a book, but didn’t. Remarkably, it turns out books don’t write themselves, at least not yet. I think someone is coming out with an iPhone app for that (available for Android in 2013). You meet people who have been working on a book for twenty years. That’s easy to do if you write a sentence a month. Believe me. I know.

First of all, I would not want to have lunch with a dead writer. I can’t imagine the conversation would be any good, and I’d be stuck with picking up the tab (which is too bad because I would have loved to meet Roald Dahl). Of living writers I’m going out for burgers with Dav Pilkey, Jeff Kinney, Lincoln Pierce and Daniel Handler. Kinney’s paying.