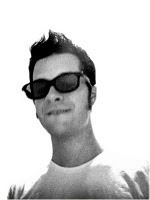 Eddie Schneider is the VP of JABberwocky Literary Agency, which he joined in 2008. He is actively building his client list (see “What I’m Looking For,” below).

Eddie Schneider is an Iowa graduate, where he studied fiction, poetry, and creative non-fiction (mentors include Yiyun Li and G.C. Waldrep). He is also a graduate of New York University, with an M.S. in Publishing, and started out in book publishing with a post at Folio Literary Management.

He has also been, at various points in his life, a magazine editor, computer salesman, short-order cook, archery instructor, freelance graphic designer, and ultramarathoner.

For more information about Ediie Schneider as well as other literary agents, I cannot overstate the benefeits of reading my friends Casey McCormick and Natalie Aguirre's incredible blog, Literary Rambles.

I should limit this to middle grade/YA, so here goes:

Sherman Alexie's The Absolutely True Diary of a Part-Time Indian is a wonderful novel. He takes the whole "diary of an outcast" conceit that other novels have treated like a gimmick, and goes deeper than just the usual everykid growing pains. There's a real process of self-discovery to the novel, it takes on uncomfortable issues that most novels flat-out ignore, and despite all the seriousness I'm conveying here, it was fun to read.

Ursula K. Le Guin's Very Far Away from Anywhere Else is a short novel that is criminally underexposed. It's the book about growing up I most closely relate to, from one of my all-time favorite authors.

Paolo Bacigalupi's Ship Breaker was simply fantastic. It's a fast-paced, engaging novel, that proves itself to be thoroughly researched, with invented castes that pass an anthropological smell test. I also found it to do a brilliant job of engaging with the psychology of violence.

Three recent favorites are Wall-E, Sugar, and somewhat surprisingly, The Princess and the Frog (it was so nice to see a Disney movie that wasn't just there to sell Happy Meals and straight-to-DVD sequels).

I could probably go on for pages and pages talking about favorite films; however, I don't watch much TV. NOVA and Futurama are pretty much it.

My ideal client has a good work ethic, the deeply-felt desire to keep growing as an artist, and killer dessert recipes.

I would most like to see more middle grade science fiction. The adventure inherent to the genre lends itself really, really well to MG, but I haven't been getting enough of that. While I do like dystopian fiction, I want to also see sf that does something besides rewrite "Lord of the Flies" with more technology and various forms of warmed-over fascist governments.

I'm also happy to look at realistic MG novels, as well as fantasy in its myriad forms.

There are two. One is simply watching a client's manuscript evolve into its published form, through many iterations, revisions, and frustrations. The second is when translation sales start to roll in for a client. It feels really good to have publishers and readers all over the world recognize a story's quality and appeal, and want to read it, across cultures and despite differences.

The main thing is to keep after it. But in doing so, work hard and smart. If you haven't, join a writing group with people who are serious about their writing and aren't there just to pat you on the back. If you get an agent, get a deal, get a book published, pay close attention to the contract, save your receipts, do the many little things that seem tedious but will help you down the road. Ask questions if there's something you don't understand, try to catch yourself if you're making assumptions (they can be false), and do new things.

Benjamin Franklin. I don't want to say anybody living, because there's always the possibility, however remote, of meeting that person, of their knowing you're a fan of them (which is different than saying you really admired the product of their artistic imagination), and that creating weirdness that can't be overcome. Plus, Benjamin Franklin would be completely awesome to meet.

www.awfulagent.com
Posted by middle grade ninja at 9:30 AM