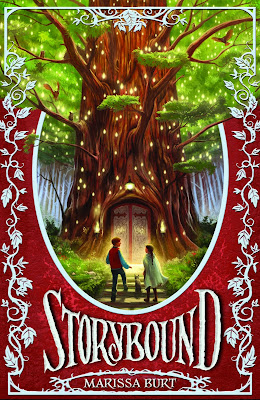 First Paragraph: Una often told herself that she was invisible. Perhaps that was the reason people passed her in the halls, their eyes skimming over her slight form as if she were part of the scenery: a desk, a book, a classroom, a girl. It could also be the reason why Ms. McDonough, perched on her musty old pink chair, talked to her cats about Una as though Una wasn’t there. “The girl sassed me today,” she would say, or “The girl is quite selfish and irresponsible.” But Una didn’t mind too much. The cats couldn’t tease Una like the kids in the other foster homes had. There had been five foster families so far, and Ms. McDonough’s was the first where Una could actually be alone. Even at dinner, as they sat together at the long mahogany table, the surface polished to such a gleam that Una’s big violet eyes looked back up at her, even there Ms. McDonough never acknowledged her, and Una was left to her own imagination.

Hey there, Esteemed Reader! We're doing something different today: 1. As promised, after this paragraph, we're only going to talk about this week's book (which means my reviews on Goodreads and Amazon will be the same as they appear here). 2. Starting today, I'm not only going to conclude with some of my favorite passages from the week's book, I'm also going to share the first paragraph with you. I figure I spend so much time talking about opening lines in these reviews, anyway, why not just make it a regular thing? Also, if I can't sell you on the merits of the week's book, why not let its author take a crack at it:)

Marissa Burt's Storybound is a wonderful fantasy middle grade novel kids will definitely enjoy, but that writers will absolutely adore. There are tinges of Harry Potter and The Chronicles of Narnia, but Storybound is very much it's own thing and the perfect bedtime story for authors everywhere:)

And now, the fantasy of every fiction writer who ever lived and most readers: Imagine one day you're in the library browsing for a book and you find one with your name on it:

“Curious,” Una murmured. She flipped the book every which way but found no inscription. It sat fat and heavy in her hand, and she paused for a moment before opening the beautiful filigreed cover. All the pages had the same pretty silver lining, and Una turned them with reverent fingers. Then she stopped. She stared hard at the first page. “The Tale of Una Fairchild,” it said in a sharp black script. She read the line again, wondering if she was imagining things. She was Una Fairchild.
How many Una Fairchilds could there be?

What if that book was your story, Esteemed Reader? What if it and some creepy elf dudes sucked you into the book and you were not only the star of your own story, but you could help shape it? If you're a fiction writer (and you're here, so you probably are) I know that's your fantasy (elf dudes aside), because isn't that why we write in the first place? To be sucked into the story of our choosing and to craft it?

To be fair, that's not exactly what happens to Una. She gets sucked into the land of Story with Peter, the good looking hero, a snobbish lady, and a talking cat (of course there's a talking cat!). It's worth noting Burt is too smart to bomb the reader with exposition the way I just did. Instead, she sucks Una into the middle of an action-packed dragon battle and makes Una work to figure out where she is.

Before long, Una's enrolled in classes learning about genre dialogue, experiential questioning, and history, here called backstory (love it). All the characters are very much aware they're characters, but Una herself is a WI, or Write In (so much fun). Una gets into all kinds of trouble in Story, learning new details about her parents' disappearance and what it means to direct your own story. There's too much detail to get into in one review or one book as Storybound ends with "TO BE CONTINUED..."

I have no doubt kids will enjoy Storybound, but this story simply demands to be read by writers, who will love it the most. There are so many inside jokes for just us book lovers, it's as though Marissa Burt is sitting beside you with her own pumpkin latte, and you're having a fun chat about a mutual love of writing and craft. For what else can this paragraph be if not a discussion of characterization:

“But everyone can’t be a Hero or a Villain,” Una said.
Peter pushed an overgrown branch out of the way. “Well, that’s not exactly true. Most characters in Story are pretty clear-cut. You either learn how to save the day or how to try and destroy everything.”
“But that’s not right,” Una argued. “In real life, no one is completely good or completely bad. People are mixed-up jumbles of everything.” She told Peter about one of the mean girls at Saint Anselm’s who made fun of kids for the clothes they wore but always gave money to the homeless man who sat at the bus stop.
“Well, things are different in stories,” Peter said.
“You’re telling me,” Una said.

Not all the discussions are aimed at readers. Burt does a nice job of inserting some truths for children along the way without ever preaching, such as in this discussion of the objects coveted by villains:

“Knowledge,” said a boy wearing jeans and a sweatshirt. Una thought he was the same boy she had seen the night before in the Woodland Room.
Professor Thornhill paused at that. “Why knowledge, Mr. Truepenny?”
“Because knowledge is power,” he said. His dark hair fell over one eye. “An evil Villain controls knowledge, both what is spread about and what is withheld. That is how he can gain power.”
“Very good, Mr. Truepenny,” the professor said quietly. She was looking at Una now. “Truth is one of the most powerful weapons against evil. And wisdom, which enables us to discern how to apply the truth. Without truth and wisdom, how would we be able to tell the difference between the evil and the good?

There's actually quite an undercurrent of conspiracy and shadow government throughout Storybound, hinting at a darker sequel. But the bulk of Storybound is humorous and fun. Burt's got some substance to share, but mostly she wants to show the reader a good time, and few things in fiction are so admirable. We all could use a good time now and again and I'm still laughing about the "Snow White" type character abusing the woodland creatures contractually obligated to do her bidding Fred Flintstone style.

And that's going to do it. I hope you're digging the new review style, Esteemed Reader. Sorry I didn't have time to make it shorter:)

I'll leave you with some of my favorite passages from Storybound:

"I basically saved your life." Peter looked very pleased with himself. "Like it or not, I'm your hero."

Una thought about what she had learned in class back at Saint Anselm’s. Governments that controlled what people read did it in order to control the people.

“And then they would whisk Una off to wherever they take those who disagree with them.”

"...You must remember that the roots of the tree are buried deep in Story’s soil,” she said, and leaned in so close that Una could see her toothless smile. “Schoolchildren should always learn their Backstory.”

“Besides, I don’t think characters have ever been big readers. Too busy doing.”

Here to show us she can act as well as write is Marissa Burt:

I can't read this trailer, but it sure looks good and I can't find an English version:)


Posted by middle grade ninja at 9:05 AM