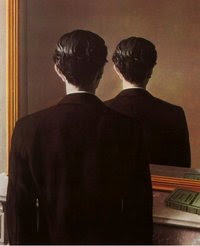 Stephen Messer was born in Maine and grew up there and in lots of other places. As a child he was inspired by the desert skies of Arizona, as well as his many trips to the public library. His debut novel, Windblowne

(Random House 2010), is a fantasy adventure about a boy who is blown away from his mountain wind-world of treehouses and kites, and his encounters with a mad genius, mechanical hunters, a missing moon, and the secrets of the powerful night winds. He and his wife live in Durham, North Carolina.

Messer's second book, The Death of Yorik Mortwell will be published by Random House Books for Young Readers in summer 2011. Inspired by the art of Edward Gorey, Yorik is a novel about a servant boy’s ghostly afterlife on a mystical estate where his sister and unusual new friends are imperiled by dark forces from another world.

There are so many books I love for so many different reasons that it makes this question very hard to answer. How about three new MG/YA books I’ve enjoyed in the last year? Enchanted Glass is the latest fantasy novel from Diana Wynne Jones. She has not been well lately, so it’s a pleasure to see a new book from her. I also loved The Wolf Tree, the second book in John Claude Bemis’s Clockwork Dark series, which is a engrossing work of fantasy Americana. And there was Blue Balliett’s The Calder Game, which took her band of art sleuths from Chicago to England to investigate the disappearance of an Alexander Calder sculpture, which is exactly the sort of thing I wanted to be doing when I was that age.

This depends on which stage of the process I’m in. If I’m working on a new idea, I spend more time thinking than writing. When I’m revising a finished draft, you can’t tear me away from my desk. I just completed revisions for my upcoming novel, The Death of Yorik Mortwell, a macabre yet whimsical fantasy about a servant boy’s ghostly afterlife on a mystical estate. It has terrifically eerie illustrations by the brilliant Gris Grimly, which I’m very excited about. As for reading, I almost always have a book at hand, so it’s difficult to measure the amount of time, other than to say ‘a lot’.

It’s quite boring, but it was a process of networking and meeting other writers and working with them and going to conferences and following up on leads until everything fell into place. I’m fortunate to work with the excellent Adams Literary agency and an intimidatingly smart editorial team at Random House Books for Young Readers. I also lean heavily on my super writing group.

I don’t know about born, but you certainly have to be taught, at any rate. Or at least teach yourself. It’s a craft like any other, and you have to work and practice to get better at it. Like anyone else, I had to write some bad things before I started writing better things.

I love creating new worlds and having the opportunity to hear back from readers who have explored those worlds and found things in them that I never knew were there. My least favorite thing, and I’m not sure what it is, would have to pale in comparison to this experience.

Anything I might say would only be stolen from the best book on writing I’ve ever read, “From Where You Dream: The Process of Writing Fiction” by Robert Olen Butler. But I would add that there is a great deal of writing advice out there, and I never really understood any of it until I had done the hard work of writing my first “THE END.”

I couldn’t pass up a chance to have lunch with the dead. How about Charles Dickens? I’d like to write a novel in serial form someday, and he might be willing to give me some pointers.

www.stephenmesser.com
Posted by middle grade ninja at 11:21 AM