NINJA STUFF: Cannibals on the Move 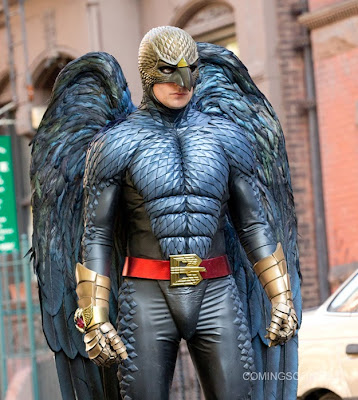 Hi there, Esteemed Reader. I've been missing you during my summer break and I'm looking forward to returning to you next week. To the left of this text is a picture of Michael Keaton as Birdman, coming soon. The movie is a comedy, but I don't care. I'd recognize that cowled face and blue eye surrounded by black make-up anywhere! That picture made me squee.

I know I'm never going to get to see a movie version of The Dark Knight Returns staring Keaton, Nicholson, and a resurrected Christopher Reeve, but that picture lets me dream of what could've been. And if there is Heaven, surely that movie is playing on screens across the kingdom.

We really are going to get a Batman Vs. Superman movie though, and my heart burst with happiness when I heard. Oh, Esteemed Reader, do you know what's that's worth? Oh, Heaven is a place on earth:)

Know I am not staying away from you just to play Duck Tales Remastered, my favorite NES game recently re-released that made my misspent youth flash before my eyes. Well, that's not the only reason I've been away:) And not only am I busy preparing for the arrival of Little Ninja later this year (my first child will be a masculine child), although I think it speaks volumes about me that I updated you with Batman and video game news before I mentioned the pending birth of my son. I'm sure some of you are calling social services already:)

The reason I've been away is I'm planning something major for you, Esteemed Reader, that's sucking up all my time. Becoming a father will no doubt detract from my video game and superhero time, but my writing will remain a top priority and I'll prove it to you later this year when I launch something other than a new life. I'll have no end of updates on that later, I promise, and we've also got some great writer and agent interviews lined up for the coming weeks.

Today, however, I just wanted to give you some updates on my writer's group, the YA Cannibals. It's a privilege to belong to such a fine group of writers and I couldn't be prouder to call them my friends. Jody Sparks Mugele signed with a literary agent earlier this year. Actually, she signed with my literary agent, and I'm so happy she's being represented by the best there is (all the agents who appear here are great, of course, but the one who picked me is clearly the smartest).

More recently, Shannon Alexander signed with literary agent Jessica Sinsheimer. Here's an inspiring post she wrote about it. But I have some questions. 7 of them:)

Mike Mullin was accosted and stabbed yesterday, but he's fine, he's fine! And no doubt the experience will lead to a thrilling chapter in a future book. Knowing Mike, I'm sure he's been hoping to be stabbed for a while as he's the method writer among us who recently ate cat food among a host of other wacky things in preparing Sunrise, the third Ashfall novel (I've totally already read it and know how the series ends). I once had a conversation with Mike during which he was on his way to some small Illinois town to check which way blood would run on a particular street as though anyone, anywhere would ever call him on it.

I also got to participate in a brief brainstorming session for Mike's first non-Ashfall novel and I'm sworn to absolute secrecy, but I'm stoked and I think his new idea is even better than a super-volcano apocalypse.

If a man is judged by the company he keeps, that's okay by me as I'm surrounded by winners. The Cannibals are great at what they do and they make me better at what I do. If you haven't joined a writer's group, Esteemed Reader, find one. All the reading and market research in the world can't replace having personal relationships with like-minded writers who offer phenomenal advice:


Update. Where have you gone 1989!?! Shortly after I posted this, Mrs. Ninja found this picture and broke my heart: 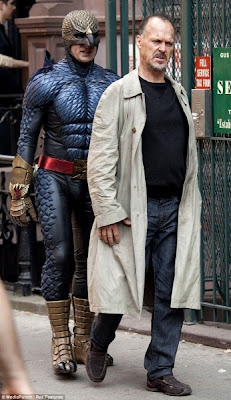 Posted by middle grade ninja at 8:24 AM